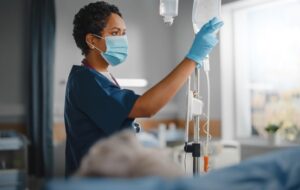 Nursing is one of the oldest professions, yet there is a great deal of public misunderstanding regarding the field. Nurses are well-trained and highly educated professionals who spend hours learning how to best care for people. They save lives regularly and hold the key to health care. It’s unlikely to receive quality treatment in hospitals and clinics without nurses. In fact, without nurses, the whole healthcare system will come to a halt.

It’s true that there have been more women than men in the nursing profession, however, more men are now interested in entering the nursing profession. According to a 2021 report by the U.S. Bureau of Labor Statistics, 13.3% of all registered nurses are men. The fact that nursing is seen as a woman’s profession, is probably the reason why there are more women in nursing. Viewing it as a ‘female job’ has held some men back from pursuing it, making this a major problem in the nursing field. The fact is that both men and women are highly competent in the field.

Nurses are often regarded as being support for doctors. They are often perceived as less skilled than doctors, resulting in people looking down on the nursing profession. Many people think that nurses were not smart enough to get a medical degree, so they settled for the next closest thing, nursing. This is not true.

Nurses go through a rigorous degree program to qualify, with many continuing their education by pursuing a DNP online, while still diagnosing patients, treating illnesses, participating in surgeries, doing research, and administering medications. Nurses must be smart, dedicated, and competent to juggle all these responsibilities. Nurses and physicians need to work together for the ultimate well-being of the patient, as doctors’ actions are largely based on nurses’ feedback, interventions, and observations.

Nursing is all about menial tasks

To many people, nursing is all about cleaning up patients, changing diapers, and writing charts. It’s holding patients’ hands and wiping their tears when their loved ones couldn’t be bothered. It’s about changing an IV and taking blood pressure. However, it includes so much more than these tasks. It’s being an advocate for your patients when they can no longer speak for themselves. It’s being happy and patient when teaching first-time parents to care for a newborn or helping families understand medication management. It requires knowing the delicate balance between bedside professionalism and clinical practice.

It’s about using your intellect, problem-solving skills, assessment, and observation skills to save lives daily.

All nurses are the same

Like any other profession, there are many nursing specializations that require specific skill sets and education. From pediatric nurses who work with children to oncology nurses who work with cancer patients, the list is endless. Nurses don’t just do it all. They have individual skills and specific roles across the field. You’ll find independent nurses with their own nurse practitioner practices while others work in management roles in clinics or hospitals. Nursing is not a homogenous field. 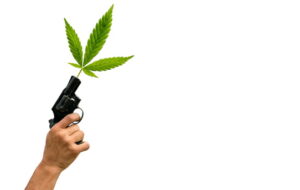 Though you might not know how the two are related, they are. Marijuana remains a Schedule I controlled substance at the federal level. As such, it is illegal for state-legal cannabis users to possess firearms for any reason whatsoever.

To gun control advocates, it is the best of both worlds. State-legal cannabis acts as a natural gun control program by forcing consumers to make a choice. And with millions of people now using cannabis, that should translate to millions fewer gun owners. But wait. Let’s not forget the politics.

Wanting It Both Ways

Yet here Fried is four years later, suing the federal government because state-legal medical marijuana users can’t own or possess guns. She thinks that’s patently unfair. She wants cannabis users to have legal access to guns like everyone else.

Can We Take the Politics Out of It

Colorado lawmakers, having long since left the marijuana debate behind, will continue pushing for legalizing psychedelics. Meanwhile, lawmakers in South Carolina probably won’t work extremely hard to get a medical cannabis bill passed.

Perhaps the only thing that brings some semblance of order to the states is federal decriminalization or rescheduling. Decriminalizing marijuana would pretty much free up the states to do whatever they wanted. The likely result would probably be more uniformity, just as there is with alcohol.

Decriminalization would also put Florida’s Fried in a delicate position. Medical cannabis patients in the state would instantly be able to own and possess firearms. But for how long? Would Fried winning her case silence gun control advocates in the Sunshine State? No.

The fact that gun control seems to be an entirely different situation when linked to cannabis consumption is proof positive that both debates are more political than anything else. That’s too bad. Gun ownership is a constitutional issue while cannabis is both a medical and personal freedom issue. They will continue to be dominated by politics for the simple fact that politicians make the rules. 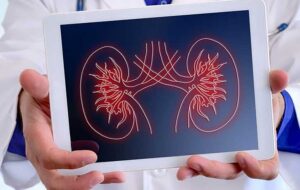 You may not think about your urinary system very often, but it’s a vital part of your body that deserves attention. Your urinary system includes your bladder, kidneys, ureters, and urethra. These organs work together to produce, store and eliminate urine from your body. Disorders of the urinary system are common and can range from mild to life-threatening. Here are 7 things you need to know about your urologists in dallas.

Things You Need to Know About Urology

Urological conditions are common but many are treatable if caught early enough. Be sure to see a doctor if you think you may have a urological condition so that you can receive an accurate diagnosis and appropriate treatment plan.